For a long time, his garage was his studio and the place where he experimented with different materials such as: wood, metal, canvas, paper, walls, backpacks, skateboard and snowboards. He works on the streets and makes murals by order, as well.

HeRsk is a French artist born in Argenteuil in 1979.

It was at the age of 10 when he discovered graffiti in Paris, an art that fascinated him immediately and made him start using a paint bomb since an early age.

Living in Montpellier since 1999, he discovered and admires the local street artists such as Mist, Zest or Smash 137, although he developed a personal style made of round and interwoven forms.

In 2007, his artistic and friendly relationship with Giovanni Ingrato influenced him to start working on a canvas, and led him to become part of numerous artistic events.

Eskimo Ice pops, the legendary ice pops from our childhood, became his signature for his sculptures, bitten, melted or melting, he calls them « Something to suck. » The artist makes his own wooden structures and then creates works for all tastes and in all colors. HeRsk’s ice pops take us back to our childhood, but they also tells us about the liquefaction of colors, objects and art.

HeRsk is currently represented by the Bear Gallery and the Colorfield Gallery. 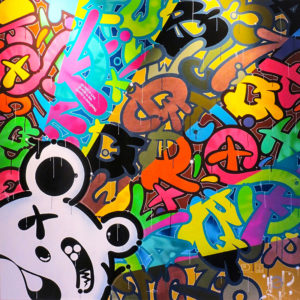 The artist HeRsK is a graffiti artist who offers us an explosion of colors mixing typography and graffiti codes.

With this artist’s square Street life give a chic style to your Street side! 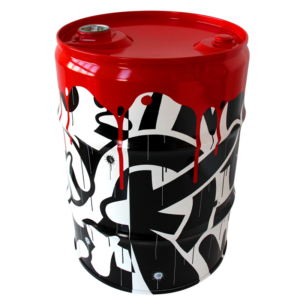 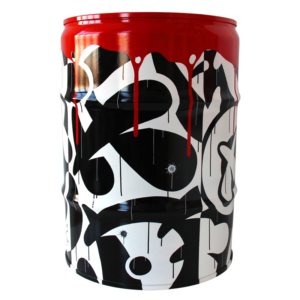 Baril industriel Something to slide 1 by Hersk 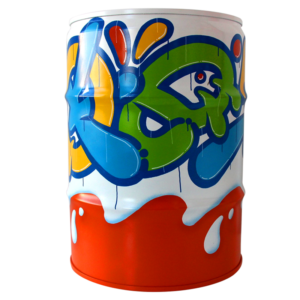 Baril industriel Something to slide 2 by Hersk